Blitz Vost from Agence Hmm! on Vimeo.
Posted by Eric at 15:09 No comments:

BookFabrik – Capture your digital life
Posted by Eric at 14:54 No comments: 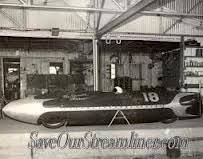 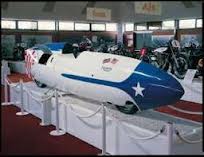 Powered by a 650 Triumph Thunderbird, Methanol and later Nitro/ Methanol twin, set in a tubular frame with leading link front suspension and cocooned within a superb fibreglass streamline body.
The bike was conceived and owned by Texan, Stormy Mangham, a crusty retired airline pilot who knew about streamline form. Initially presented in a deep red with an arrow design striking along each side it could easily be a cousin of a P51 Mustang.
Engineering responsibility fell to another Texan, Jack Wilson.
The third Texan, entrusted with the  heroic riding task, dirt track racer Johnny Allen.
Between them they created a 1955 (American) record breaking, 193mph motorcycle, a speed that took the tyre safety to the very upper limits. Flushed with success, they vowed to return from Fort Worth the following year.With new special tyres and a few modifications, they might be targeting speeds close to the World Record.

By 1956 NSU also had record intentions with their supercharged streamliner.The mighty German factory had developed a machine with a single aim; to set a new world record, followed by a return to the International Motorcycle Show in Cologne, maximising on the full publicity the show would bring.

The homebuilt Triumph and the NSU were travelling headlong in to one of the most remarkable controversies of motorcycle sport history.


American importers, Johnson Motors, could see an opportunity to further boost the successful Triumph American market. Backing the Texans in their new attempt, although initially not bothered about world records as the European FIM had never been part of American record history.
Mighty Triumph boss, Edward Turner, it seems, felt differently. He could see a great potential for world recognition. Big European sponsors such as Dunlop, Lodge, Amal, Lucas and Reynold chains could not come on board without FIM and world acceptance.

All of a sudden, the trio from Texas had a huge amount of interest in their little home build.

Official FIM recognition was imperative but, FIM president Piet Nortier was to support and supervise the NSU attempt personally. Conflict of interests perhaps?
Major Tom Loughborough, the Secretary General of the FIM became closely allied to the Triumph team and in particular the technical sales man, Neale Shilton.. He advised on the necessary requirements and procedures to gain ratification.
Austin Healey were to be at Bonneville for long distance attempts, they would be using FIA/FIM representatives and as the FIA was affiliated to FIM, problem solved?
The FIA official carefully considered, confirmed accuracy and approved the American made timing equipment and time keeper, signed off as approved and all was set.

As the now white with blue trim and red chequered tail, Triumph arrived on to the vast salt theatre, NSU were celebrating a new 211 mph world record.
However, by the time they were cosily tucked up centre stage in Cologne, all was not as they had hoped.
The Triumph had successfully and as with any underdog story, popularly taken the still warm record from NSU clutches. 214mph!

Now the real fight began. FIM refused to grant the record. Piet Nortier insisted that the equipment was not FIM accepted and that Major Loughborough and the FIA were not able to and should not have signed the approval, the record remained with the NSU.

Legal threats were suggested and private "off the record" meetings behind closed doors took place.
Whatever was said, the record would continue to be considered the property of Triumph in many peoples minds and Edward Turner's original thoughts of publicity continued to prove correct for a very long time.

Triumph capitalised further by very appropriately naming the new sports model as the "Bonneville" in recognition of the Texan's success.

The real sad end to this story though, is the terrible damage inflicted on the streamliner during the National Motorcycle Museum fire in 2003. The restoration work can be viewed step by step by following this excellent link to SOS  Wilson/Allen Triumph Website http://www.saveourstreamliner.com/. I would also like to acknowledge the photos which I have posted from the same site.

Some 1980's photos of sprint bikes and people that were a direct help and inspiration when building my own. 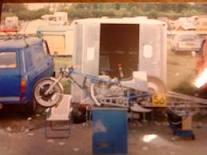 Cant remember this one but I cheekily stole some dimensions from the photo before building my own.


The photo at the bottom is of my friend Trevor Ireson, he helped me more than he will know. Great spirit, great rider, great engineer and innovator.... I was very lucky to have him around.

The Jawa engined "Sledgehammer" (below) was awesome. Pete LeGross created, in his words, "a scary monster that he had to ride". He was right, the effect on the ground and your eardrums, of a highly supercharged, nitro fuelled single cylinder, straining at the reinforced clamping bolts that held the engine together, was terrible. Pete really had me watching with held breath as the term "Armageddon" comes to mind. 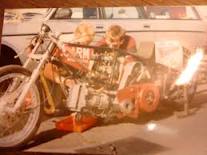 Thanks to the same meticulous attention to detail that he maintained in his day job as an air traffic controller, I don't remember too many failures. I am sure I remember 9 sec runs and around 155mph in the 1/4 mile!

And of course the pink Triumph built and run by Odgie, Odgie still continues to inspire http://odgie.com/. 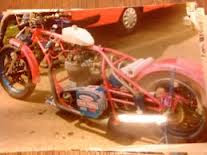 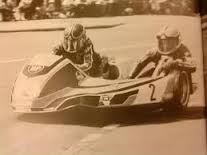 Some more suspension work. Mainly the manufacture of new bushes and the fettling of the original leaves to reduce the wear steps and blend as necessary
.

Although taken a little while ago, these show some of the chassis progress. The steel rope in one view, maintains the axle position during the torque loads that try to tip the whole assembly forwards under braking.
I have made the king pins to suit the axle dimensions as all of these items were missing.The same situation arose for the brake linkage compensating device as no information was readily available. 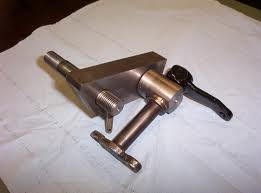 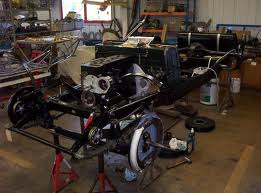 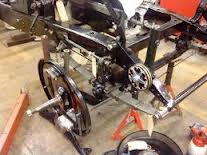 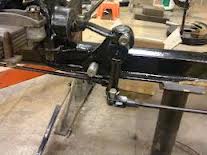 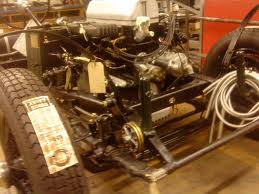 Over the years I've become a bit of an "anorak" for Land Speed Record history, sometimes this reduces a little, especially as you concentrate on day to day hustle and bustle. Then every so often something grabs your interest and rekindles your enthusiasm.

I was pleased to be a supporting member of Richard Noble's previous projects and when they launched the Bloodhound project I thought it would be an idea to enrol my 10yr old son, Jacob, as a supporter.
Jacob, now 12, gets frequent and detailed newsletters and updates, all very well presented.

Have a look at their website http://www.bloodhoundssc.com/,
Posted by Eric at 10:34 4 comments:

Last weekend I had a ride over to Battistini's near Bournemouth. Perfect for breakfast and coffee surrounded by cool bikes and a warm welcome.
An extra surprise was sitting outside.
Guy's little bullet holed, minimal, old "skool", steel bodied 1927 Model T, Doctors Coupe. Sitting on a set of traditional, stylish, open wheels running a '70's Pinto engine, all very nice to share breakfast with.