I noticed this on sideblog

Issue 6 has Brough's at Bonneville, Shinya Kimura and lots of stylish content.
Posted by Eric at 13:46 No comments:


Not the video you would expect on this blog but, having really enjoyed the BBC Stargazing series, I remembered how this chap really inspired me during college. Such enthusiasm and he does trigger that little bit of curiosity.
At the end of the day it is all another form of engineering and mechanism.... Isn't it?

This is probably the most attractive production bike that I have ever seen, it is a jewel like "On Any Sunday" ride..

Nick's Triumph has all the proper bits and pieces in the rebuilt engine, SRM, Morgo, gas flowed head, unleaded seats the list goes on and the ability to make Nick look like Steve McQueen as he cruises past my workshop!

It's for sale sadly, if you are interested send Nick an E.mail slbeech@talktalk.net 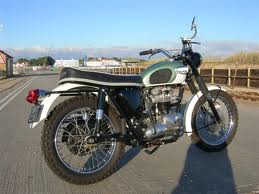 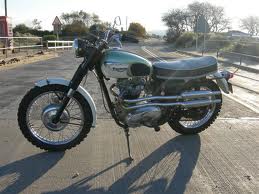 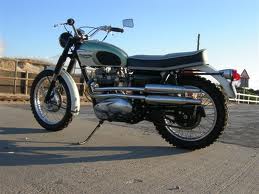 Last year I posted a little item about a Salmson 7AC  Aero engine.
I mentioned in the article about some form of indexing for the conrod path, called the Canton Unne System, although the engine displayed a plate stating this system, it was not fitted to this engine. Since then I have not been able to find any real information.
I must thank a gentleman from Holland who e.mailed me the following link.. enlightened at last!
http://www.enginehistory.org/featured_engines.shtml
Thank you for this information, I have to sit very quiet with pencil and paper to try and grasp this.
Posted by Eric at 06:38 No comments:


What can you say, as well as being devoid of brakes and clutch, this is just such an insight into the raw danger of this period. Huge credit to this rider for giving a window on our ancestors race machines and battles!
Also amazing that the most appropriate colouring and sepia hue has filled this movie.
I really appreciate this You Tube posting.

Just to show the type of machine, the following is a posting from last year. Not the same machine, but it gives an idea of what you are hitching a ride on!........Boardtrack speeds ~ 126mph!

I am spending the evening lounging on the sofa and reflecting on the weekend I have some smiles and chuckles, some sucking between teeth" mmm" moments and some ...actually quite a lot of, "ouch" moments as strained muscles are forced to shift position sunken in soft settee cushions.

This years trial was as you might expect, full of surprises. Never have I finished a day so physically shattered as that Saturday evening.

As last year, the little Troll T6 performed admirably although toward the end, having dragged us up through the infamous Simms Hill, we began to have an ever increasing transmission noise and vibration. We also broke a small supporting rod to the front mudguard, quickly corrected by zippy ties and tape.

Arriving Friday in Cirencester early (6pm) for the initial scrutineering and sign on, I was able to meet up with the bikes and riders, including Anthony Brown and his dad from DBA blog (http://dirtbikeaction.blogspot.com/  also "Co Built" Video featuring Anthony Brown). It is nice to put a face to the blog.
We admired the two C90 Type "step through" Hondas, with a few appropriate modifications.
They had already ridden through the drizzle blurred traffic from Shropshire! 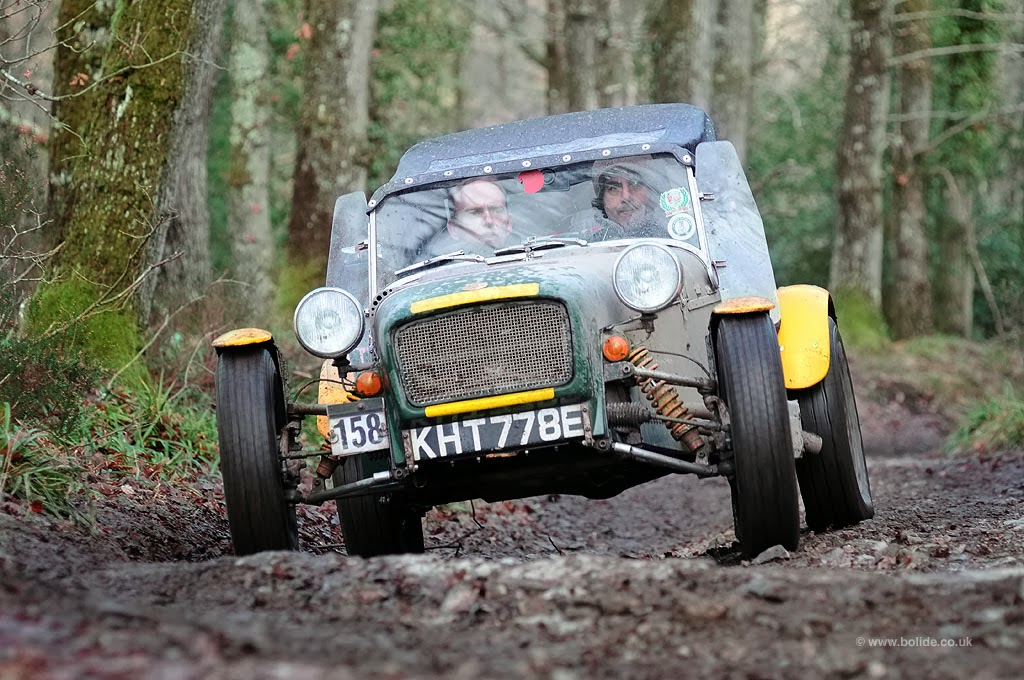 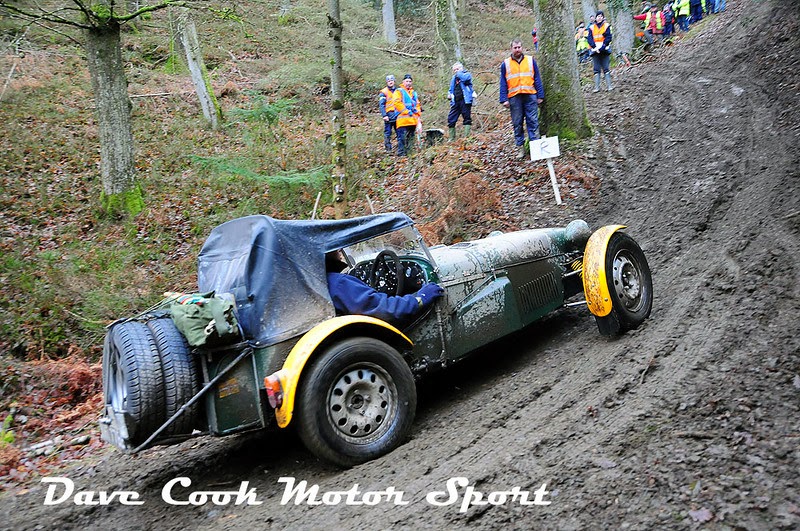 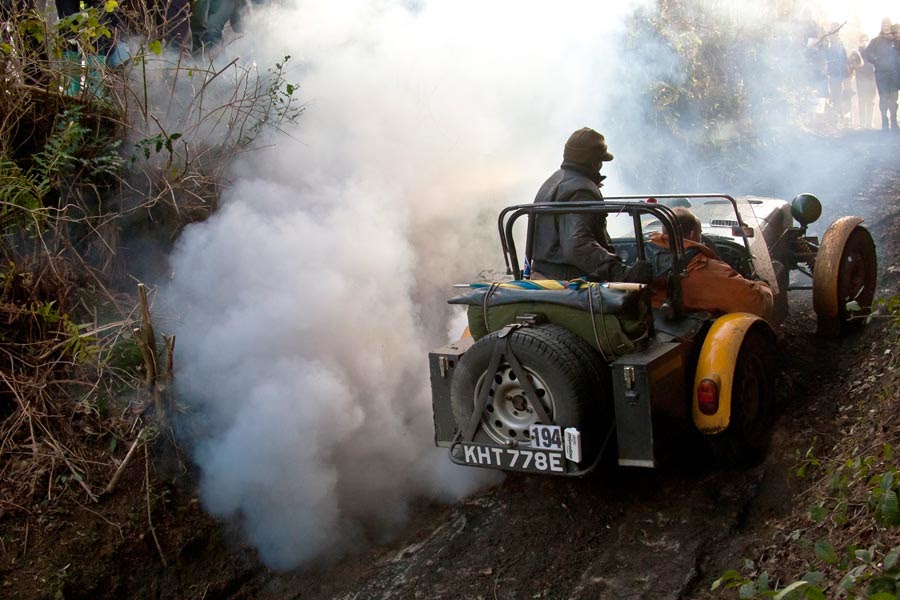 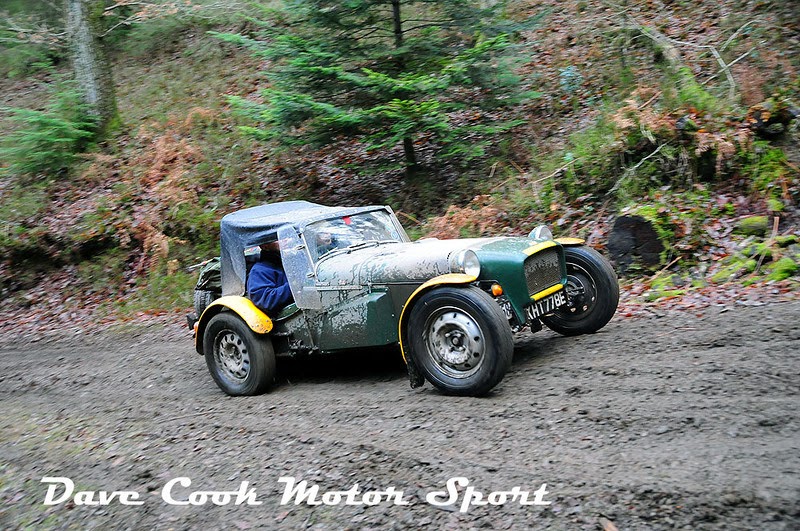 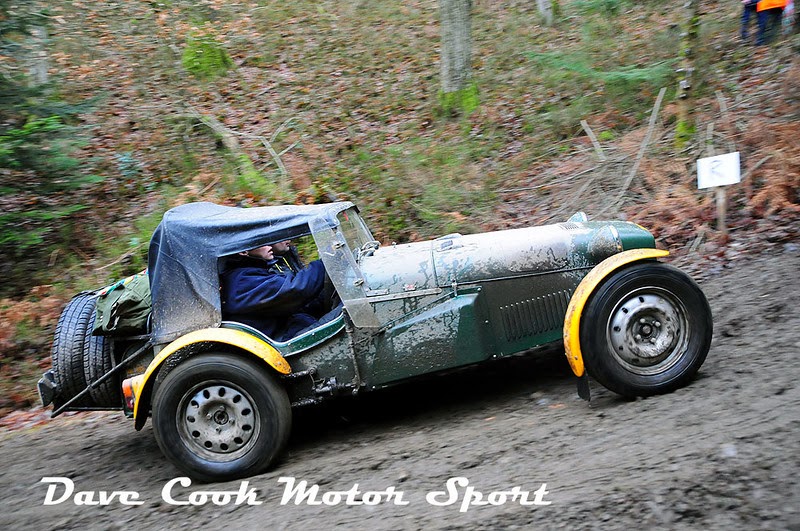 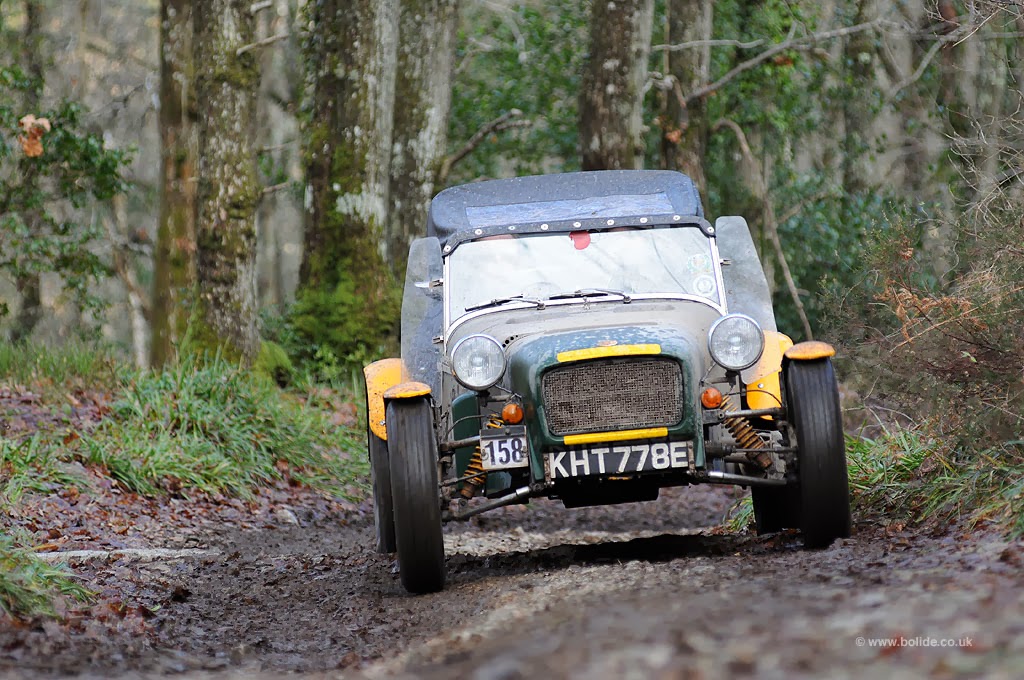 Watching the bikes and sidecars leave at their allotted slots, followed by a quiet hour before the cars began to converge, I had a small pang to be riding with them.

Some 18 hours later, we have a compulsory break, just half a mile from Simms.
Sitting in the sunlight, surrounded by the rattle of tea cups and the sound of tired but excited chatter resonating around the Islington village hall. Feeling carefully fettled and fed with tea and cakes by WI ladies in a timeless British setting. Here I noticed one figure that seemed to have a presence and quiet unassuming dignity. To add to this, I also noticed the audience that this figure calmly spoke with, one by one in turn, each giving him great respect, much like a tribal elder or statesman. The gentleman is the driver and owner, partnered by his equally respected wife, of a "special", similar to a Dellow but evolved in a way that many years of successful partnership creates.

Eric Wall, is an older gentleman, swept back, reasonably long silver hair, a serene, confident, quiet observing expression presents a distinguished and noble character. All are seeking Eric's advice and perhaps his approval and all answers are given in a wise and thoughtful manner.
Later we were to benefit from a few of Eric Wall's careful words.

Eric and his wife can be seen in the following video, climbing that nemesis of Exeter Trial hills "Simms", this video paints a thousand words:
An older master in an unassuming low power car doing exactly as required, followed by eager, highly strung, hyper "just one good run" hopeful protagonists!

Eric Wall in his leaping Special is at 15.30 min and we follow afterwards at about 15.59min into the video.

Some further photos by John Baker on the EOS Photographic magazine forum http://www.eos-magazine-forum.com/showthread.php?9648-MCC-Exeter-Trial-Simms-Hill-on-Jan-2012
Posted by Eric at 17:32 2 comments:

Thank you to Meatball for my new Calender, nice to have that little association with Brittown each day. 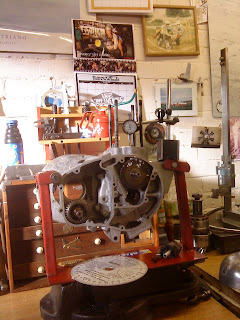