Today I was looking for some technical info that I new I had hidden somewhere, when I came across my old college file.

I realised that as the years go by this has become a little historical artifact of a young car, bike (and other stuff), mad apprentice!

My sketches became popular within the class for obvious reasons, often found in the photocopy machine.I think a teacher even squirreled one away.

And now, whilst running through with my wife to see if they are too offensive ...she has suddenly declared "Hey I am sure I know that person" oops! My memory is firmly empty!

I hope that the following is not too offensive.........I was a teenager, bored in class.

The owner of this Vincent is such a gentleman, it is always a pleasure when he visits.

Email ThisBlogThis!Share to TwitterShare to FacebookShare to Pinterest
Labels: Vincent

Photo of an engineer that I sometimes use, grasstrack racing with Lew Coffin.
I thought I would post this nice period photo of two different styles (Terry is quite tall).
Terry continued to rise through the ranks reaching top levels of competition until, as so often happens, serious injury intervened.

Please forgive the awful quality. I will get a proper copy sometime soon.
This is the first run of my Weslake 500 sprinter in Weston Zoyland, Somerset in the 80's.
Its about a minute long if you can squint through the picture distortion!
From memory the run was in the 12 sec bracket and just in to 100mph. Later improvements brought it closer to 115mph in 440yds. One day I will get it off the wall in the workshop and carry on the development it deserves.
She swept me off my feet!

Email ThisBlogThis!Share to TwitterShare to FacebookShare to Pinterest
Labels: Drags

We have just taken a few days, 2 miles from home, old skool camping!

I gave Jacob the choice "old tent or new tent".

This 67 year old tent has such memories for me and my older siblings. Dad came home in '45/'46 with this canvas time machine!
I remember Seaside holidays, Birthday parties, Norwegian adventures, drinking from yellow plastic cups and saucers (still using them), the smell of that thick canvas and the sound of its gentle flap in the wind, all bring back memories.
It became a bit more than gentle flap last night tho' famous last words to Jacob and Bryony..."No this tent won't blow down", until 3am when the 67 year old twine guy ropes said "Enough"!

Oh well, only 2 miles to home. 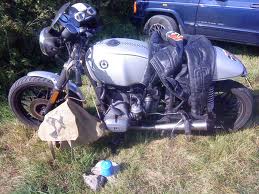 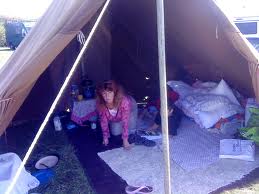 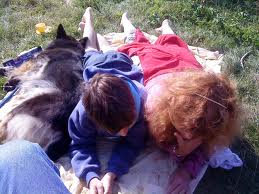 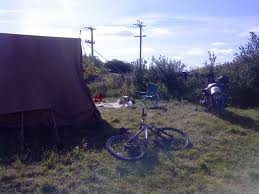 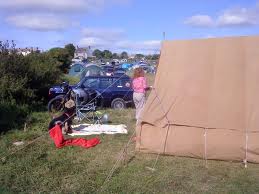 Just a little cosmetic work on Baz's Chop.
I rode with Baz, Chris, Noel et all to Poole bike night, promptly got lost and split the group on the way home and boarded the wrong side of the chain ferry! Where was my brain that night? Amazed Baz will let me near his bike.

I imagine that just like a good book or outstanding film, you just keep reliving the Hayride experience time and time again, a year just seems an impossibly long interval.

This year had an added bonus, I was able to meet many of the faces behind the blogs and having returned and looked at other blogs, I am able to put faces to the bikes!

I saw someone sitting quietly, sketching a flathead hiding in the shadows of a roadster hood beneath the bright sunlight.
This chap was Stefan Marjoram from http://stefanssketchblog.blogspot.com/. His work has inspired me to go and dig out the paints and pencils many times. Now here is the hard bit for me.... should I go along and say hello and introduce myself? After all we know each other through blog correspondence over the past year. But then again maybe I'll disturb him? Well the compromise is to go along, quickly say high and put a voice and a face to the blog and then insist that I go off and leave him in peace........only to miss seeing him for the rest of the weekend, so sorry Stefan (to make it worse Stefan said that he e.mailed me about meeting up, but I hadn't seen this because of the Modem failure)!

I also saw Roland from outta-contol.blogspot.com/ intoduced to me by the Quaffmeister himself from British Ironworks. We had a short chat and then went our separate ways for bleary eyed breakfast and coffee, but I couldn't help wishing I had arranged to meet up again before the weekend was over and have a proper chat, about both Roland and Quaffmasters fine workmanship.

Finally, there, behind a fantastically nostalgic Triumph sprint/dragster, was who only could be Pete Stansfield eattherichuk.blogspot.,
Again a quick handshake and introduction before doing my running off trick! Luckily for me tho, I did have the chance to return and chat to Pete for a bit longer, much to my benefit.

Why do I always do these short introductions and then exit promptly? I suppose I always think of the phrase "Better to be thought a fool than open my mouth and be known a fool". Anyway, I know it didn't do me much good as a jibbering teenage wreck meeting for the first time,the girl at school that I had admired for so long.

I met a Dutch /English family who use an Austin7 for daily transport along with a sprinkling of superbikes and practical bikes, the mum rides a Bimota and the young teenage son is building himself a seven special, fired by incredible infectious enthusiasm!

I saw the Stockers stockersspeedshop.co.uk/ from the sidelines, and smiled as I saw the projects that I felt I new so well, there for real.
I also met Ed the little dog, having seen him on You Tube, barking his way along a duel carriageway, thrusting forward, ears aloft against the slipstream, atop his Harley fuel tank, en route to a previous Hayride.

GKM magazine's greasykulture.blogspot.com/, Guy, is also a warm character full of the spirit of the lifestyle that the Hayride illustrates, leaving me with a feeling that this whole event is just like a big family, no pretences and no illusions, just be yourself.

So to all of those who might have thought me rude, please don't, shy perhaps, it really was such a privelidge to meet such creative and real people.

Really sorry for not replying to e.mails and comments and for not posting, my modem broke and i'm afraid it has taken a while to sort.
Posted by Eric at 13:45 No comments: