As this car will be returning to my workshop for the last engine details and finishing, I thought I would show a few more photos of the engine build. This car has been dismantled for over 55 years and exposed to the weather for a lot of this time. 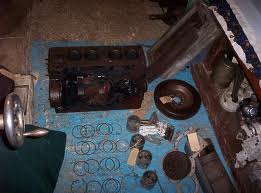 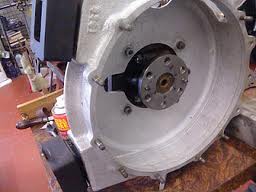 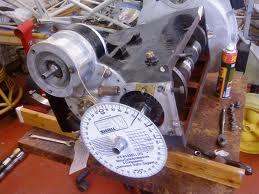 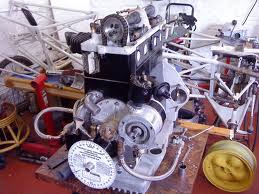 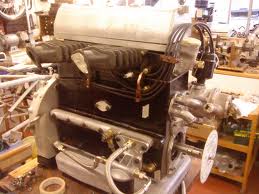 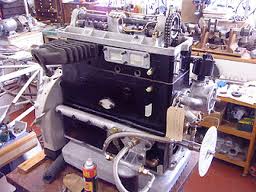 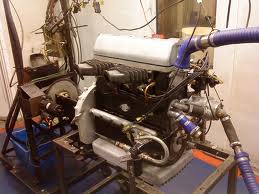 From machineshed.blogspot.com
Posted by Eric at 15:27 No comments:

One of my favourite aircraft and favourite paint designs. This was taken in Shoreham 2 years ago. Sadly I think she ended her days this summer in Duxford after a mid air collision. Luckily the pilot survived from a very low bailout.
Posted by Eric at 15:27 No comments:

Imagine, having had a successful lifetime of motorcycles and motorcycle racing, top results in  the TT and major meetings, miles of factory test riding and development of some of the fastest production motorcycles. Then, in middle age to wrestle with time and distance, becoming a (motorcycle) household name in sprinting and record breaking. And right at the pinnacle of record breaking success to be told "55! you are too old to obtain world records".
That was the story for George Brown, lucky for all who believed in him, he didn't take "no" for an answer.

Cliff wrote a book of their exciting and creative time together, George Brown: Sprint Superstar, published by Haynes ISBN 0 85429 295 0.
So often I read this through, Cliff's words were a definite prompt toward building my own sprint bike and to hopefully return to it when times become a little quieter! 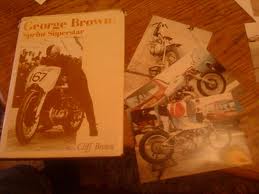 There is a picture on the back cover of the book that must perfectly illustrate a single minded team and their search for just one more world record. George is sitting on Nero (with sidecar) on a huge open runway, perspective and vanishing points reach out and pull you into the water ridden, dawn breaking scene of waiting, alone...

I took the following photographs of Nero and Super Nero at North Weald during a classic sprint in the late 80's. Pure and purposeful racing machine. 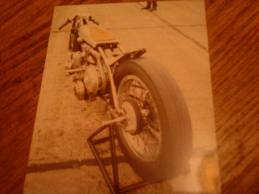 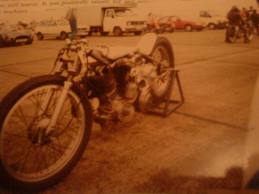 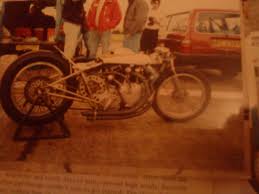 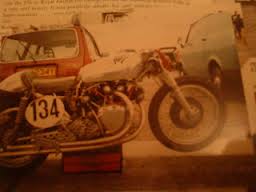 Email ThisBlogThis!Share to TwitterShare to FacebookShare to Pinterest
Labels: Delage

A recent visit from my older brother brought a smile of approval of the Cafe Racer.

Mike, along with my other older brother were both from the day of cafe racers. One AJS mounted and the other Norton mounted.The goggles on my helmet belonged to the eldest brother. Mike has also just reminded me of the Ace of Clubs/ Shamrock design used on their helmets.Watch this space!
Posted by Eric at 14:24 No comments:

This modification has been for a friend who was expecting to do a lot of touring through France. He had heard that if you swap the bars from side to side and with some small alteration you can raise their position by several inches.
We had to reposition the pinch bolt location groove in each bar and drill and tap an M6 location for the brake reservoir.
The mod worked very well, with plenty of clearance around the fairing and fuel tank.