Sim racing is far from boring!

Some early summer work here at the HEC.

This work includes some small engine details on a lovely pre war Morris Minor that has spent most of it's life in the same family, covering the same roads around the family home.

We have been continuing with the Wolseley Hornet, approaching the last stages with the manufacture and fitting of the exhaust system by Dave Tyler, whose skill is always amazing, the skill isn't just with Dave as his son Liam reflects his tutor and the engineering genes (when home from university)!

The Shelsley Champion Mini is still with us, now with a new head and a little work on peripheral engine items.

We also have a Mini Marcos waiting in the wings and as mentioned in a previous post, the engine of a Peugeot 401 which has had some work completed already.

The Peugeot is very interesting, originally starting life as a Paris Taxi in the mid 30's and on into the war years. ... you wonder who might have been ferried about through those wartime years!
Following this working life it then found it's way to the country, but far from being "put out to grass", continued on for many years as a farm truck, until finally coming to the uk for preservation.
We have a little history with this type of engine albeit with two more cylinders; a 601 came to us very many years ago (very pre blogspot), this also had a complete rebuild as well as the transmission and the rear axle. The two engines are near identical apart from the differing size.

And finally a little more up to date with the completion of the second phase; the overhaul of the Mazda MX5 NA front suspension and underbody. 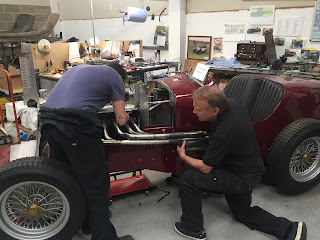 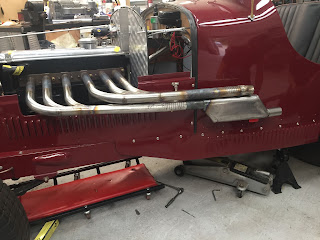 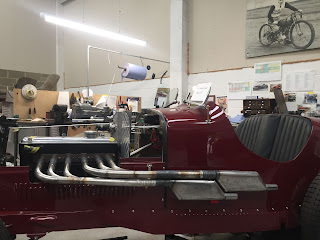 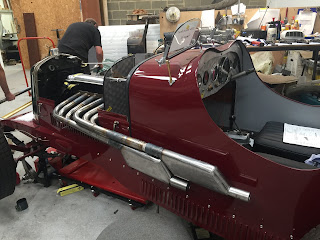 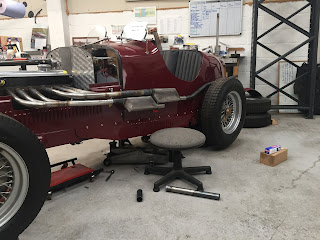 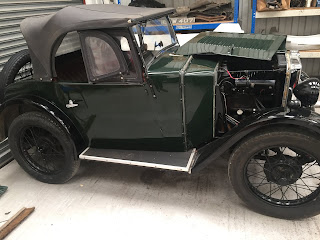 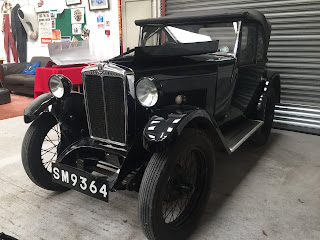 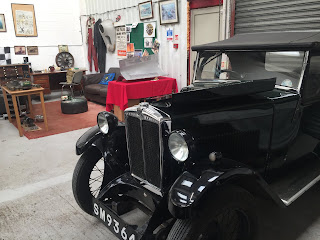 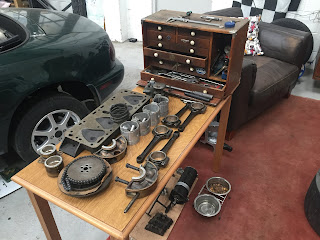 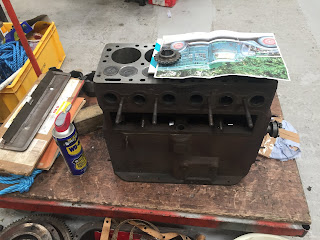 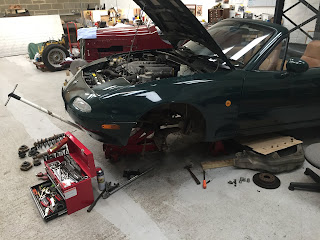 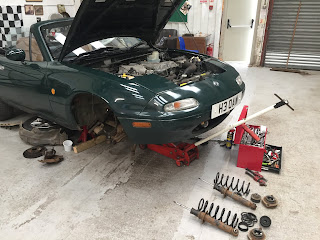 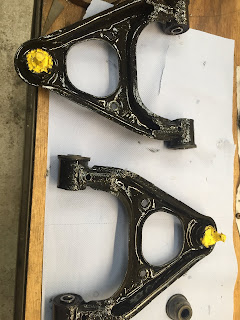 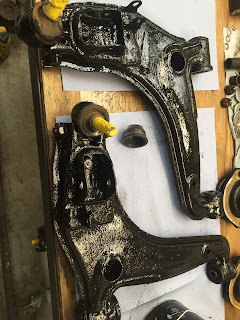 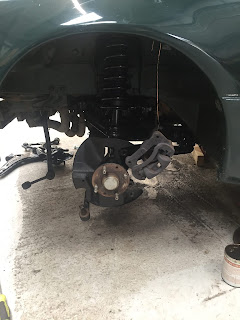